OK technically here it is Saturday, but its just a little over midnight. This is the first chance I have gotten to blog this week. I am sorry I haven’t been around. There has been some people out sick at the women’s shelter so I worked extra this week filling in. Plus I finally got the last two interviews for my research project this week, so things have been rather hectic. Plus you know I have my dear hubby and children to take care of!Now the weekend has finally come and we have decided to start the winter vacation with a trip to Sweden.

At least I have Freaky Friday to get me posting again! Hope this story doesn’t make you hungry!! 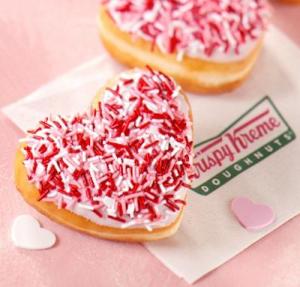 Doughnut-loving police have solved a church burglary through analysing DNA found on a half-eaten doughnut. As Homer Simpson said: “Donuts – is there anything they can’t do?”

In the case Indiana police were called to a church burglary where a number of musical instruments were stolen. They initially had no leads but hungry, and frankly stereotypical, officers found a box of doughnuts in the church’s kitchen. Preparing for a well-earned snack, Police noticed a bite had been taken from one of the doughnuts.

Suspecting that the burgler could have been hungry deputies sent the half-eaten doughnut to the Indiana State Police lab for testing. It found that DNA left on the treat matched the man, who is convicted of an unrelated home burglary. The 22-year-old man was charged with burglary and the police had a deserved snack.

Freaky Friday Fun in the Snow!