Archive for the ‘Malta’ Category

As most of my readers know we recently were lucky enough to have a long weekend visit to Malta. I have to admit that before I went there I didn’t know very much about Malta. I knew it was an island state in the Mediterranean Sea, and that was about it. When I began researching this lovely island online I knew instantly it would be something very special.

Three Cities viewed from the Harbour

The island is surrounded by crystal turquoise-blue waters and has sunshine throughout most of the year. I think what impresses me the most – besides the beauty of it all – is that amount of well preserved historical sites. Despite many wars which changed control over the island, and bombing in World War II many historical fortresses, churches, and buildings remain intact and one can wander in living history.

I used the time I had in Malta to see as much as I could manage in compact site seeing trips. I took a bus trip called the North Trip, which took me long inland into the countryside to see the oldest town in Malta, along with many charming villages and coastlines. Then I took the Grand Harbour Cruise in the capital area of Valletta.

The Capital City of Valletta built largely of the Order of St. John of Jerusalem, also known as Knights Hospitaller

I think that the best way to see the beauty of Malta is to see it from the water. The limestone buildings do a wonderful job of combining different periods seamlessly so that architecture from different periods, including modern times passes wonderfully together.

Our trip to Malta was much too short. This lovely island deserves another visit, and I really only saw about one third of what I would have liked to have seen. None the less I am thankfull to have had the opportunity to travel with my husband RennyBA when buisiness took him to this magical place. We will have to plan a return trip to see the rest of it. My next post will show a bit of the beauty found on my trip inland!

Scenic countryside in Malta from the walls of Mdine 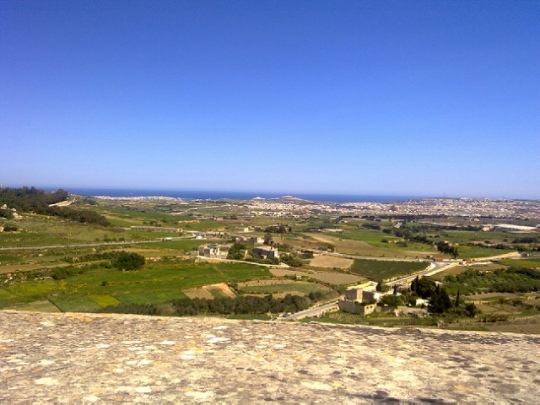 Mobile blogging again from beautiful Malta! The weather is awesome and I am doing a good job of soaking up the much needed sunshine. I will be paying for that later. Totally white and going around the mediterranian without sunscreen is not advisable. Especially after a dark Norwegian winter.

To make the most of a short trip I took the tourist bus around the island. Stopping for a while in the medieval walled village of Mdina. I chose the North trip of the countryside because the cruise covers the sea towns quite well. It was the right choice. The countryside was amazing!

Travel is addictive – flying off to Malta 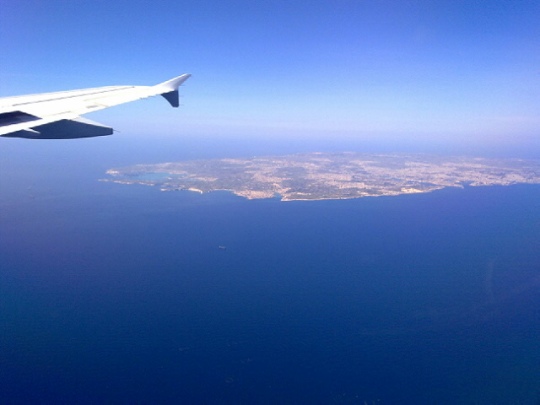 Traveling is addictive. As I am writing I am flying over Italy and have just seen the Alps from above breaking light clouds with snow covered peaks. The earth is really beautiful from a birds eye view. Soon we will see Rome and after that Sicily on our way to Malta.

Renny has buisiness in Malta and I did’nt want to miss out on that one. To be honest Malta was a country I had to look up. I knew it was little and in the Mediteranian. Thats about all. But what I found was a virtual paradise. The weather is supposed to be sunny and in the 70’s. A trip to the beach is a must. Which will be no problem since the Westin Dragonara resort has it’s own. Plus three swimming pools.

Whoops there goes Europe! We flew off the edge. Goodbye Italy, you are definately on my list of places to go. Next stop Malta. Hope my computer catches up with me so I can send photos! Shining off from my Nokia somewhere over the mediteranian.